Get a piece of Downtown Kingston, Jamaica

Get a piece of Downtown Kingston, Jamaica 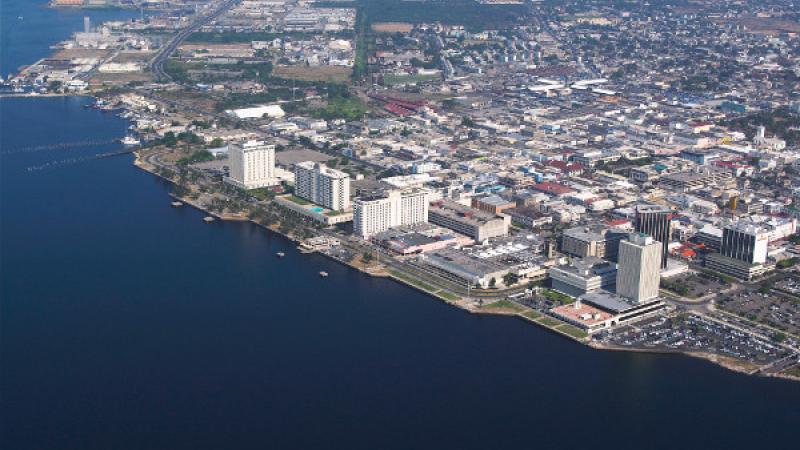 Sale out! Sale out! Sale Out! It’s almost exactly that which is currently happening in Downtown Kingston. I’m not talking about the regular every day bargain sales on goods, but rather the intense demand for real estate on the scenic Waterfront or for one of the shop spaces now being installed at Victoria Pier by the harbour.

For decades, the Government of Jamaica, through the Urban Development Corporation, has been pushing to revitalise and rebrand the entire Downtown region. Under the Downtown Kingston Redevelopment Project, there are numerous plans; residential upgrade, a conducive business environment as well as cultural and recreational activities. All grandeur and exciting projects to restore the love-hate Downtown to, at least, a resemblance of its heyday as the place for leisure and business. Downtown boasts the best deals on almost everything such as food and clothing, however, up to the 1970s it was more than a commercial centre. Downtown was once swinging with world-class venues such as a hotel and cinema. The spot a man would first think of to take his future wife! The place to sign off on business deals.

It is that glory that visionaries want to bring back to Downtown, particularly the tranquil Waterfront which beholds much beauty of gorgeous glistening waters and a soothing sunset. The restoration has started and likely quite soon there will be numerous evening trips to the Waterfront for fun and relaxation. By Christmas, Victoria Pier will reopen its doors hoping to be bustling with locals and tourists in search for food and entertainment. Among the offerings which will be pulling-in those customers is the world famous, Devon House I-Scream.

“Something is happening Downtown and we want to be a part of that,” says CEO, Scoops Unlimited Limited – Manufacturers of Devon House I-Scream, Carol Clarke-Webster.

Complimenting Victoria Pier is the Festival Marketplace. Here also, booth spaces are up for grabs to offer goods and services to the potential increase in customers. The Corporation has thus far invested some $154 million on this location. Those recreational and business developments coincide with the present construction of new offices on the Waterfront that will house the Ministry of Foreign Affairs and Foreign Trade. Another major investment includes the construction of a new corporate head office for GraceKennedy Limited.

If you can, get your own piece of Downtown. Yes, you read correctly. Downtown Kingston will once more be a top location to live, work and play.