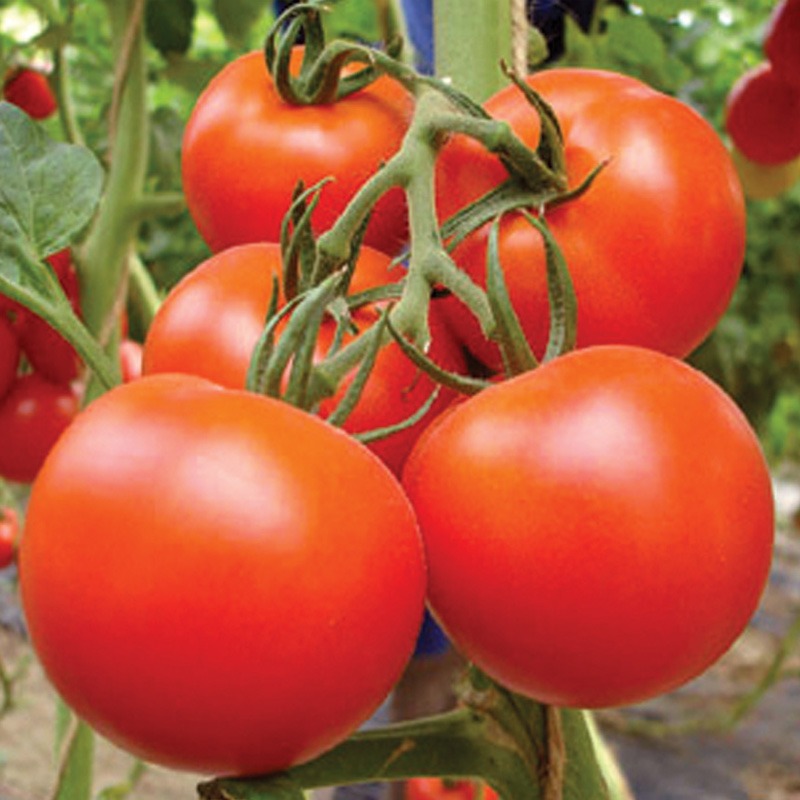 So, for those of you like myself who are not so much into farming and/or unfamiliar with some technical jargons, I have taken the liberty to explain my understanding of these two terms:

With that out the way, let’s talk about one farm supply company’s choice for their customers.

There is no doubt that farmers would much rather do without the many plant diseases which often claim their hard earned investment- their crops.

It is for this reason St. Jago Farm Supplies made the decision to seek a hybrid seed supplier- breaking away from the open-pollinated seed supplier they started out with, according to Kaye-Ann Johnson, Retail Store Manager. “We started buying seeds that were already in Jamaica, but we decided to look to a new supplier and give us what we felt our customers needed not just what was available,” she shared as she gave a brief history of the buying habit of the company.

In 1988 they started getting open-pollinated tomato seeds from an overseas supplier, but even with a regular supply they observed that there were various issues with vegetation production.

It was then that Managing Director of the company, O’Brien Johnson decided that the best thing to do is to work with a seed that is more resistant to diseases and other crop issues in an affordable manner–  hybrid tomatoes- as at the time they were battling the onset of the Tomato Yellow Leaf Curl Virus (TYLCV), popularly known as the Jheri Curl virus, .

After going through several varieties of hybrid production such as Tropical Glory, Striker and Summer Star- which was a big seller and is now being phased out- they are now launching Joy this year which is an improvement on the other plant breeds.

According to Ms. Johnson, they started offering it to customers as early as last year and she describes it as “excellent commercial tomato”.

However, despite the number of benefits derived from using hybrid seeds, Johnson said some Jamaicans are still under the spell of misconception that hybrid is unhealthy and would rather use pollinated, which in her opinion, leaves the farmers’ crops more susceptible to diseases.

What is causing many to be cautious about hybrid is that they are confusing it with genetically modified plants- a process which is completely different from hybrid pollination.

Genetically modified plants are those with their DNA altered in a way that does not occur naturally/ by natural recombination.

She highlighted that there is a big difference- the hybrid plant is created when plant breeders intentionally cross-pollinate two different varieties of a plant seed aiming to produce an offspring that contains the best traits of each of the parents. Basically, according to Johnson, this method is taking the ‘best behaving ones’ to plant.

It is not a cheap investment, and that’s why seeds are sold in small portions to make it more affordable for farmers.

She also outlined, below, some pros and cons of both type of seeds – it’s your decision!