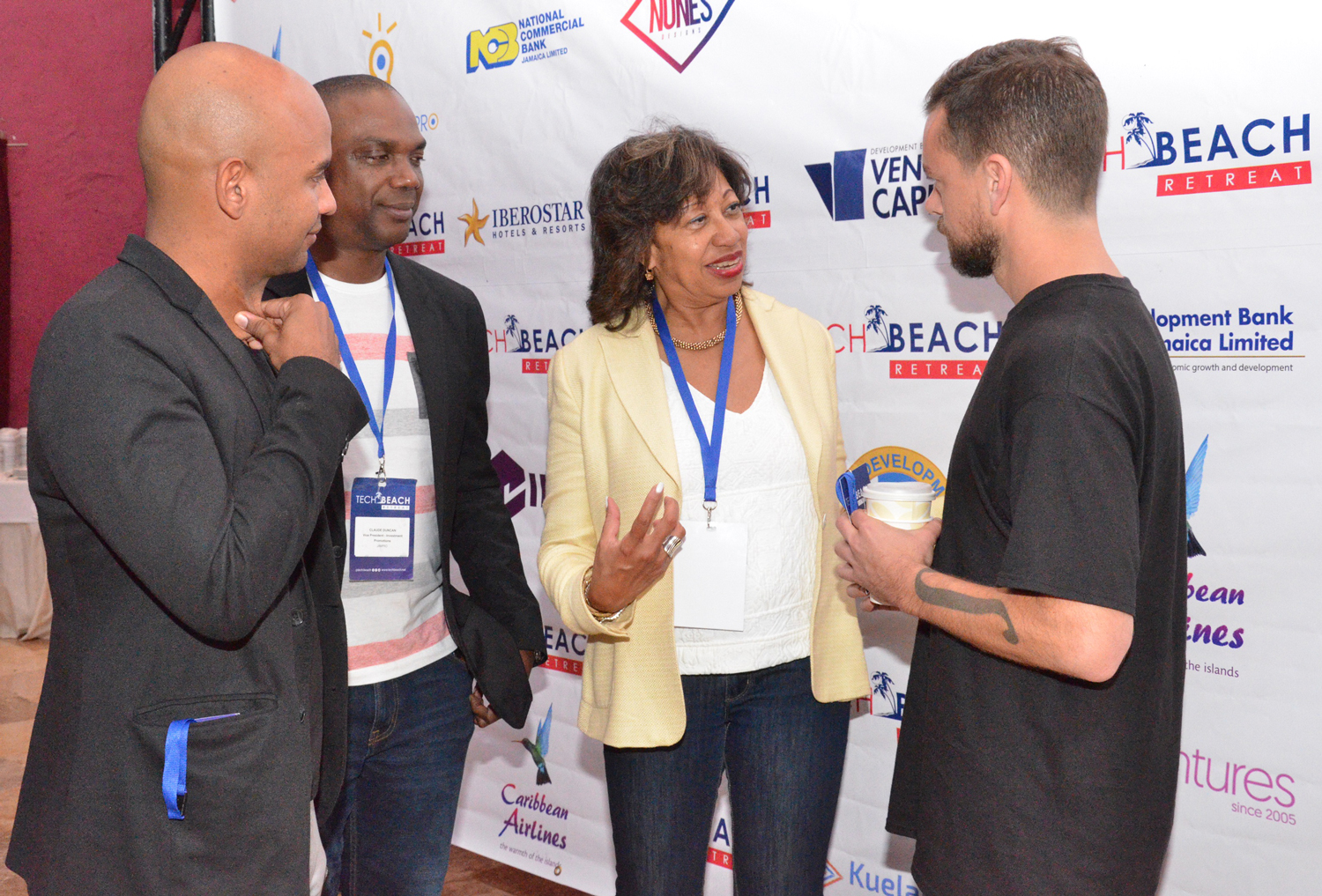 Jamaica’s investment and export promotion agency, JAMPRO, has committed to a 3-year partnership with technology and innovation forum ‘Tech Beach Retreat’ to seek technology investments for Jamaica. The event, which began on November 29 and will end on December 1, 2018 in Montego Bay, will bring over 40 global speakers to Jamaica’s shores to present and host discussions with local businesses, and promote innovation in the Jamaican economy.

JAMPRO’s President, Diane Edwards explained that the Agency has cemented its partnership with Tech Beach because of its potential to boost industry and innovation for the Jamaican economy. She said, “JAMPRO sees Tech Beach as an avenue to showcase high-level content in the tech industry along with attractive business opportunities for Jamaica’s tech entrepreneurs. The event will help to attract global investors to Jamaica, while acting as a catalyst for greater innovation in the island. We are particularly pleased with the event’s continued thrust to feature the latest in financial, consumer, health care and media technologies, while exploring new approaches to securing data and tackling cybercrime.”

The conference will bring speakers and registrants from top international enterprises such as Youtube, Instagram, Pixar Animation Studios, Twitter, Facebook, and Mastercard, providing an unprecedented opportunity for networking, relationship building and knowledge sharing. The Inter-American Development Bank, Caribbean Development Bank, the Development Bank of Jamaica and other corporate entities have joined JAMPRO as partners for Tech Beach 2018.

The event supports the Agency’s overall economic development strategy, which includes the growth of Jamaica’s technology sector through investments and partnerships. Tech Beach gives JAMPRO and Jamaica the opportunity to showcase progress in innovation, and the event welcomes global investors and innovators to encourage their participation in the sector’s development strategy, with focus on partnerships with the local business community.

Kirk-Anthony Hamilton, Director of Tech Beach Retreat, said the event has sparked the conversation on technology and innovation in Jamaica and the wider Caribbean yielding investments, collaborations and new partnerships.

Mr. Hamilton noted, “We’re certainly thankful to JAMPRO for their endorsement and support of our efforts as they are a key player and component in the innovation ecosystem. We see our role evolving from simply being conveners of this multi stakeholder global ecosystem and we are now working as connectors and educators, ensuring our people are armed with the tools, resources and networks necessary to navigate the digital economy led by emerging technologies such as Artificial Intelligence, Robotics and Blockchain Technology.“