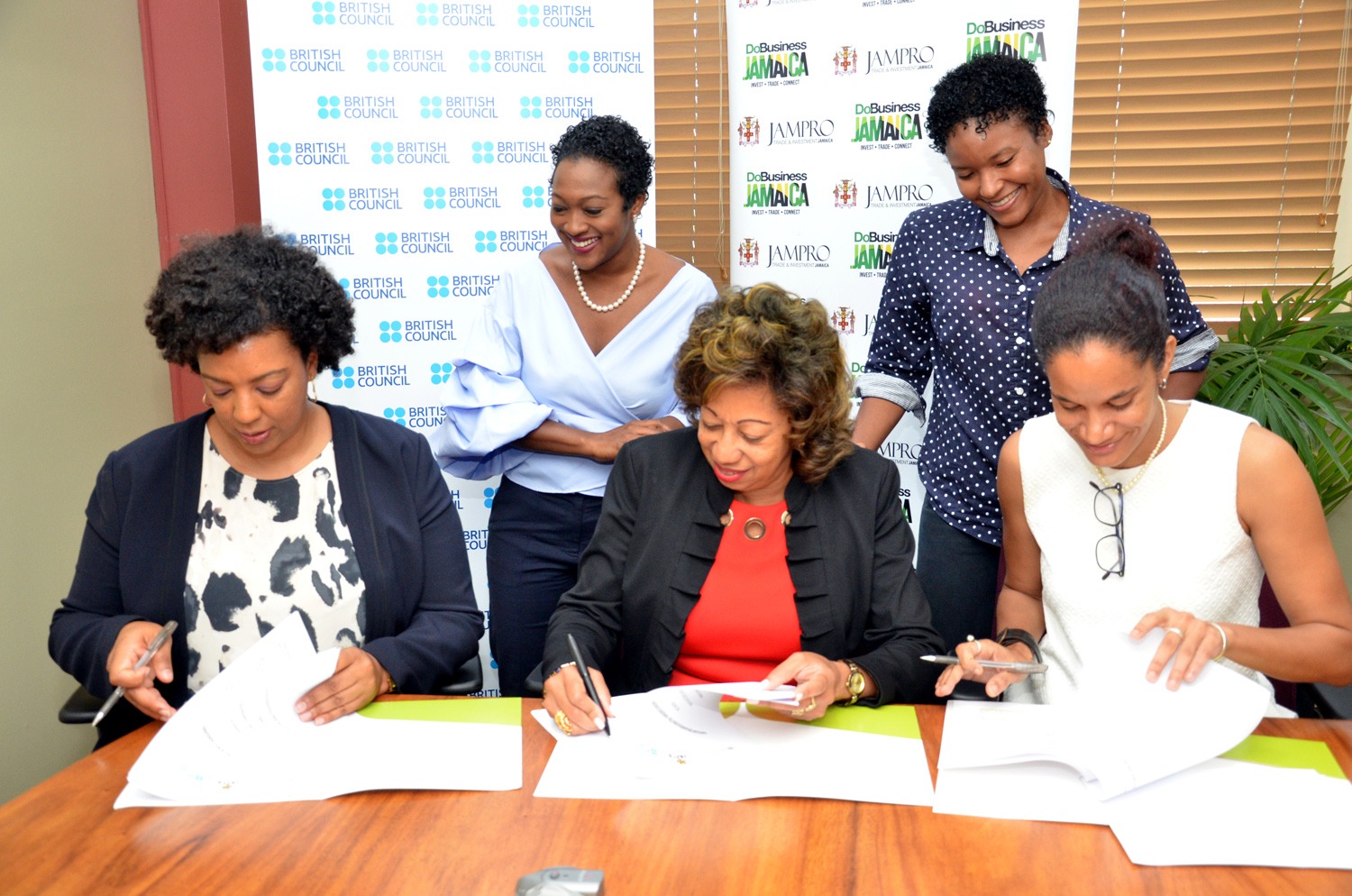 JAMPRO, The British Council, and The Jamaica Film and Television Association (JAFTA), will collaborate on a multi-year programme called the ‘Film Lab’ to develop and produce commercially-viable feature-length films that will be released at the end of the programme in 2021. The project will include capacity-building in script development, financing, distribution, and in-market visits to build business relationships between the Jamaican and the UK film industries.

The Film Lab takes a holistic approach to developing Jamaica’s burgeoning film industry, beginning with capacity-building initiatives that will impact at least 30 participants – including writers, script editors, and producers. The final stage of the programme is the production of selected feature length films, and increased knowledge exchange through mentoring by local and international experts.

The Film Lab partners explained that they were thrilled about the opportunities that would result from the venture. JAMPRO Film Commissioner Renee Robinson said the Agency sees the programme as an opportunity to increase the availability of investment-ready commercially-viable local content, and she hopes that the initiative will also result in the increased exporting and financing of Jamaican films.

Ms. Robinson said, “JAMPRO is thrilled to be a part of this tripartite venture with the British Council and JAFTA. Jamaica is the only Caribbean country to have a co-production treaty with the UK, and this programme lays a strong foundation for greater access and utilization of that treaty. By improving our feature film product from the script writing and business development stage, we hope to become more competitive in the international film market.”

Echoing Ms. Robinson’s statement, British Council Jamaica’s Country Director Olayinka Jacobs-Bonnick said, “The British Council feels extremely privileged to work with JAMPRO and JAFTA on this ground-breaking initiative and we are very happy that we will be able to contribute in a way that we know is sustainable and will make a difference to the filmmaking community in Jamaica. We’re looking forward to the outcomes and we do sincerely hope that the support we will be giving will carry forward the industry to the point where they want to be.”

Analisa Chapman, President of JAFTA also noted that her organisation was anticipating success from the programme, which will provide significant support for the film community. She said, “JAFTA is also very excited about this new initiative. We are looking forward to seeing the realisation of more Jamaican stories, the realisation of the talent of Jamaican filmmakers and writers, and the exposure of Jamaican film to the wider world.”