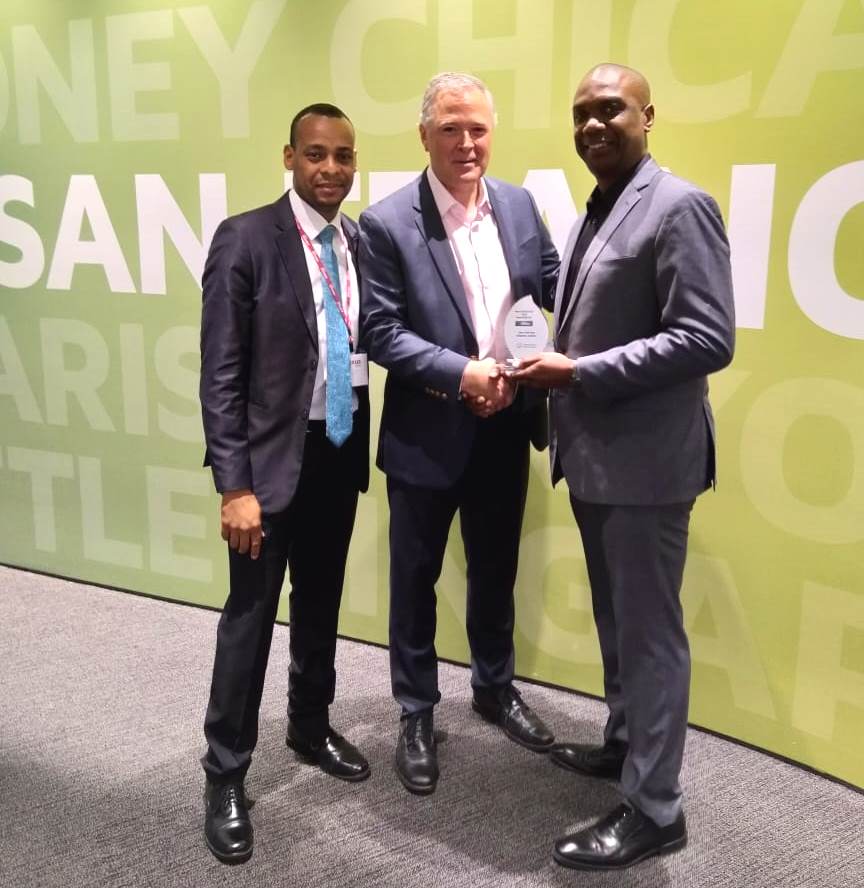 Kingston has received the award of Nearshore City of the Year at the Nexus Illuminate Awards, hosted by Nearshore Americas in San Francisco, USA. Jamaica’s trade and investment promotion Agency, JAMPRO, received the honor at the awards ceremony on June 26, 2018. The Illuminate Awards recognizes the leading Outsourcing companies and countries in the Caribbean and Latin America, for their innovation and excellent performance.

Kingston received the award as a result of its performance in the Outsourcing sector in the past year, which included 5,000 new jobs being created by existing and new Business Process Outsourcing (BPO) players in the city. Kingston has also seen over US$22 million spent on real estate in both new construction and refurbishing of existing properties, to meet the demand for the industry growth over the last 12 months. These achievements have propelled the location to its present status as the fastest growing city in the Caribbean for Outsourcing.

Claude Duncan, Vice President of Sales and Promotions at JAMPRO, represented Jamaica at the awards ceremony. Mr. Duncan said JAMPRO was pleased that Kingston is acknowledged for its rapid growth in the Outsourcing sector; he also noted that the city is on a growth trajectory with more investments and jobs on the horizon.

JAMPRO is currently promoting Jamaica for Outsourcing investments through various partnerships with local and international organisations, international BPO conferences, hosting targeted inward missions, and ‘red-carpet’ investor facilitation. These strategies, with other supporting activities, have led to Jamaica receiving more BPO investments, and a rising profile in the global Outsourcing sector.

Mr. Duncan noted that, “While Montego Bay has traditionally been known as the Outsourcing hub of Jamaica, Kingston is being increasingly endorsed as an ideal location for the BPO industry; and is being recognized by international players. JAMPRO has long identified Kingston’s potential and we have continued to promote the island heavily as a Nearshore location for Outsourcing with great results.  Ibex, Sutherland Global Services, Alorica and Hinduja Global Solutions are great examples of the progress Kingston is making, as these operations have seen aggressive expansions over a short period. We are also seeing new interests and investments from the providers and purchasers of outsourcing services, giving us an optimistic view of the future for Kingston and Jamaica as a whole.”

In response to the award Mr. Duncan said, “This recognition at the Nexus conference reaffirms our belief that not only Kingston, but Jamaica is excelling in the sector and we believe that the country is well on its way to becoming a leading location for outsourcing in the Latin America and Caribbean region. JAMPRO is thrilled with these results, and we are further energized to continue our campaign to promote Jamaica as the ideal place for outsourcing in the Caribbean, and in the world.”