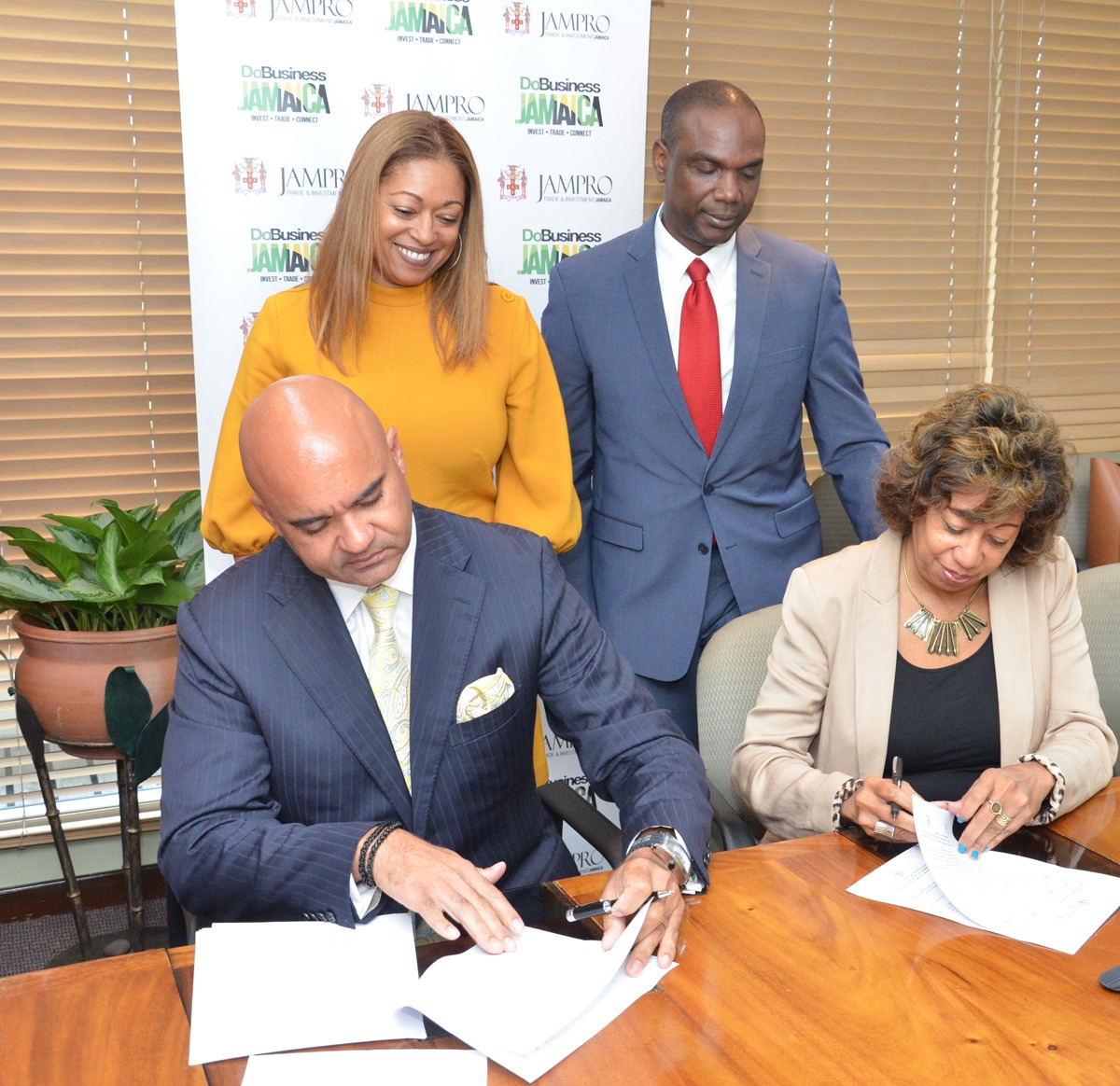 Glen Garth, Executive Vice President of US Consulting firm, Garth Solutions Inc. and Mr. Richard Ornitz, Chairman, Infralinx Capital LLC, will be partnering with JAMPRO to promote Jamaica as a viable investment location for the manufacturing sector for one year.  In addition to increasing the awareness of Jamaica as an investment destination, the partner will match local manufacturing companies seeking potential overseas investors and implement an engagement strategy to attract more investments into Jamaica.

Operating as a connector between JAMPRO and international investors, the in-market promoter will provide potential investment projects that the Agency will facilitate and finalize. JAMPRO hopes to confirm at least three large manufacturing investment projects as a result of the partnership.

After its recent participation in the trade exhibition Expo Jamaica, JAMPRO President Diane Edwards said that the development of the manufacturing sector in Jamaica is high on the Agency’s agenda. Ms. Edwards explained that JAMPRO has repositioned its activities to execute more targeted initiatives that will boost Jamaica’s economic performance, including focus on newer manufacturing industries in the country, such as cosmetics, pharmaceuticals and medical devices.

Ms. Edwards noted, “The manufacturing sector is a vibrant area of business in Jamaica and the country boasts one of the most diversified manufacturing sectors in CARICOM. We need to take advantage of this and ensure that our manufacturers have more access to international markets and become even stronger contributors to the country’s GDP. JAMPRO wants to see investments that will spur development and more diversification in the sector, and we also want our local manufacturers to benefit from these investments.”

As continued diversification is an important part of JAMPRO’s sector development strategy, Ms. Edwards said, the Agency hopes to attract investments that produce pharmaceuticals, nutraceuticals, electronics and value-added use of local minerals such as limestone, marble and clay as a result of the partnership with Mr. Garth, who will act as the lead partner.

The JAMPRO President noted, “We must attract new industries in which we have clear comparative and competitive advantages.  The engagement of Mr. Garth will help to increase the awareness of Jamaica as an investment destination and will create opportunities for interaction between JAMPRO and potential investors, which we hope will result in new projects and a boost for existing manufacturers. We expect that with this approach, we will be able to secure more interest in Jamaica’s manufacturing sector and reveal the possibilities that exist in the country.”