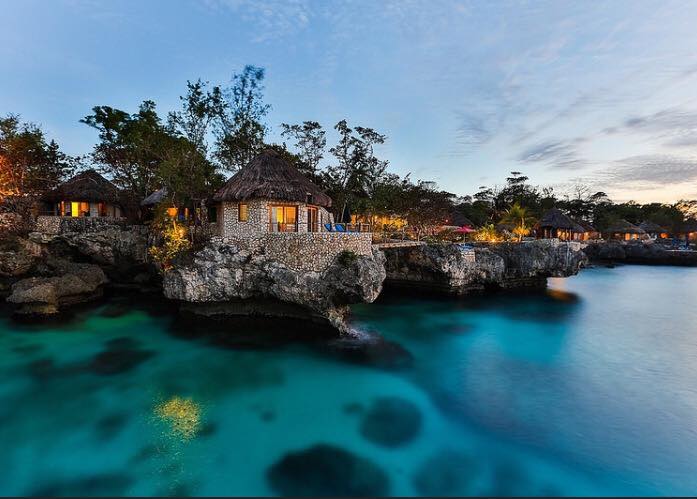 Rockhouse Hotel and Foundation’s Chairman, Paul Salmon, says that the company will be expanding its brand with the launch of a sister hotel in Negril. The Skylark Negril Beach Resort will be a new addition to Jamaica’s boutique hotel market, and to the repertoire of the award-winning owners of Rockhouse.

The launch of the new property is based on Rockhouse’s previous success in the tourism market, as the property has been consistently growing since re-opening under new management in 1994. The Hotel brand now has over 100 employees to serve its clientele in 34 rooms and will add to this number with the opening of Skylark Negril Beach Resort.

Salmon says that he was first motivated to invest in Jamaica after falling in love with the country and identifying an opportunity in Jamaica’s tourism market to develop a small hotel that would provide world-class service. He said, “We purchased Rockhouse almost 25 years ago – after having fallen in love with Jamaica and her people, the culture, the music and the great vibes. It was at the beginning of the boutique hotel concept, and there was an opportunity in the market to create a small hotel with great architectural design, great individual service, and world class services in food and beverage, spa and boutique offerings.”

Through the support of JAMPRO, the Jamaica Tourist Board, the JHTA and other partners, Rockhouse hotel has become a staple of Negril’s West End Road and a symbol of Jamaica’s boutique hotel industry, winning awards from the World Travel Awards, Travel + Leisure’s World Best Awards, Trip Advisor and Conde Nast Traveler Gold List. Salmon’s team hopes to replicate this success and more with the Skylark property.

Building a new experience in tourism

Skylark Negril Beach Resort will be built on the same values of Rockhouse Hotel, focusing on effective marketing, putting the guest experience first and being environmentally focused.  Salmon says the team is excited about the launch of the new property, which will be located on Norman Manley Boulevard in Negril, instead of the secluded West End of its sister property.

Explaining their plans, Salmon said, “We are excited about building the new business over the next 5 years.  We have expansion plans that we will develop for the beach location and we want to ensure that every guest has an amazing time.”

Salmon said that the Rockhouse property would also be expanding. “We have purchased a small property next door and we have plans in progress to build six additional rooms to bring the total to forty rooms.  We have a commitment to continuous improvement at both hotels.  There will no doubt be challenges and setbacks along the path, but as long as we focus on staying humble and getting better, we will be making the right steps,” he explained.

Salmon’s team is now focused on these expansions, and will continue its support of the Rockhouse Foundation, which was established to transform schools in the area. The Foundation has raised almost US$5 million and renovated six local area schools and the Negril Library, signaling the commitment of the investors to the development of the Negril community and Jamaica on a whole.

Vice President of Sales and Promotions at JAMPRO, Claude Duncan, said that JAMPRO was pleased with Rockhouse’s expansion and the launch of the new Skylark property. He explained that JAMPRO has been supporting the company’s growth as it is in Jamaica’s best interest to provide a variety of experiences for tourists.

Mr. Duncan said, “Traditionally, JAMPRO is associated with large all-inclusive hotels as the source of major investments in the tourism industry, however, we also facilitate smaller property investments as we know there is a part of the market that wants a more rustic or intimate experience. We ensure Jamaica has a diverse tourism product that will appeal to a wide range of visitors to the island.”

He said that Jamaica’s tourism sector is still a major draw for investors due to the country’s location, excellent talent and diverse tourism offerings. Describing JAMPRO’s strategy for the tourism sector, Duncan added, “It is key that we continue to show investors that the options for Jamaica are limitless.. We believe that by continuing to collaborate with our partners like the Ministry of Tourism and other stakeholders, that we will be able to attract a wide range of interest to support the country’s economic goals.”