The BPO industry- more than what meets the eye

The BPO industry- more than what meets the eye 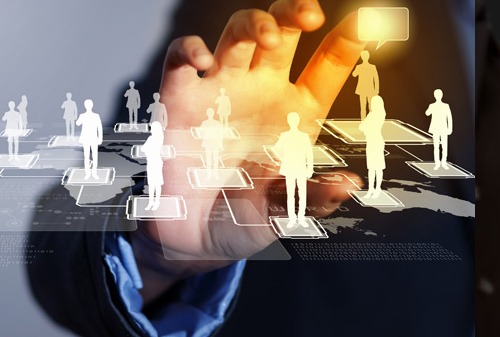 The Business Process Outsourcing (BPO) sector offers a number of different types of job opportunities- from call centre agent to Head of Department, and more.

Dobusinessjamaica.com had a chat with Paul Stennett, co-founder and CEO of Amazing Gains as well as host of the Transformation Blueprint Podcast, on the subject matter.

Sharing that the BPO sector is seeing a boom in Jamaica, he explained the concept behind it.

“It functions on the concept of extracting a business process that is self-contained and can be outsourced to someone else. Through outsourcing to other markets, the companies save money in their country, while paying the outsourcing company top dollar in that country,” he explains.

Addressing the misconception many have on the BPO industry relegating jobs to just call centre positions, Stennett made reference to Knightfox, a company, in his opinion, which does BPO totally different.

“They are a shining example of not just coming into the field to copy what’s easy and what works but to create a “blue ocean” where there are no competitors. They do software development outsourcing. It gives our local people the exposure to how business is run outside of Jamaica, which is always huge, and I’m hoping, pay in foreign currencies,” he shared.

For him the opportunities for BPO in IT are endless.

Using another BPO company example, tTech he said are doing managed IT services outsourcing and are moving from strength to strength.

“David Walcott and Kingsley Chin are leading the medical tourism charge in Jamaica. Businesses are built to solve problems for financial gain, we have a lot more problems in the world to fix than “costly customer care”, and because we are so well placed in proximity to the US and because we are the largest English speaking island in the Caribbean, we have a lot of benefits to play up,” he said.

The industry does not come without its negative perception, and for some, the BPO industry is just another name for ‘slave labour’.

Responding to that perception, Stennett said it’s what the individual makes of it, as for him it was a stepping stone for a number of years, as it proved useful in helping him to fund his university tuition.

“Working in that industry provided a safe haven when the economic crisis hit in 2007-2008. The pay was not amazing, and there were many issues, but I was young and unskilled and my workload was low. So, it provided an ecosystem to mature and allowed me the mental freedom to create multiple businesses and go to school full time,” he said.

Among the benefits of working in the BPO is the fast-paced environment it provides.

For persons who are working in the BPO sector, he said it will afford the opportunity for them to experience multiple levels within the company in a short time frame.

“In 1 year I moved from being on the phones, to working in quality assurance, to working in workforce management. I was able to watch, learn and understand how the different pieces come together. How technology is blended with human potential, what it takes to keep a big client happy or what it takes to win new business,” he said.

The CEO reminds that it is not always about money as there are so many things to learn and it can also be a worthwhile investment in self-growth.

Looking ahead, Stennett gives a warning to the industry players noting that without innovation, he foresees some stiff competition driving the country’s margin into the dirt.

“The future is coming, and though we are in the early days, we can’t keep our heads in the sand. More and more companies are spending millions, if not billions, of dollars on Artificial Intelligence. Soon, every company will have a bot (a coded software, not a terminator) on their websites and answering the phones, handling all the commoditised tasks,” he points out.

Stennett points to a technology that is gaining a lot of support and traction in the software world called NLP – Natural Language Processing- one he says is getting better and better.

“Just type like you’re talking to your friend and it will understand. It won’t hang up on you when you curse at it, and it won’t place you in a holding queue for a millennium, it will always answer the phone,” he said.

Ending on a positive note, Stennett said those hoping to reap benefits from the BPO sector must focus on going up the value chain by focusing on work that requires more skilled labour, one which also pays more.

“The call centres will still get paid (paid even more now) and the work will not be commoditised. We will take our skilled people (university graduates) off the bench and out of the brain drain trains and give them a real opportunity to shape the country, and pay them well for their efforts. We will protect our leading position in the competition as we move up the value chain and stave off automation,” he points out adding that all around it would be a sweet deal for the country!