Screenwriters move to the next level with film workshop

Screenwriters move to the next level with film workshop 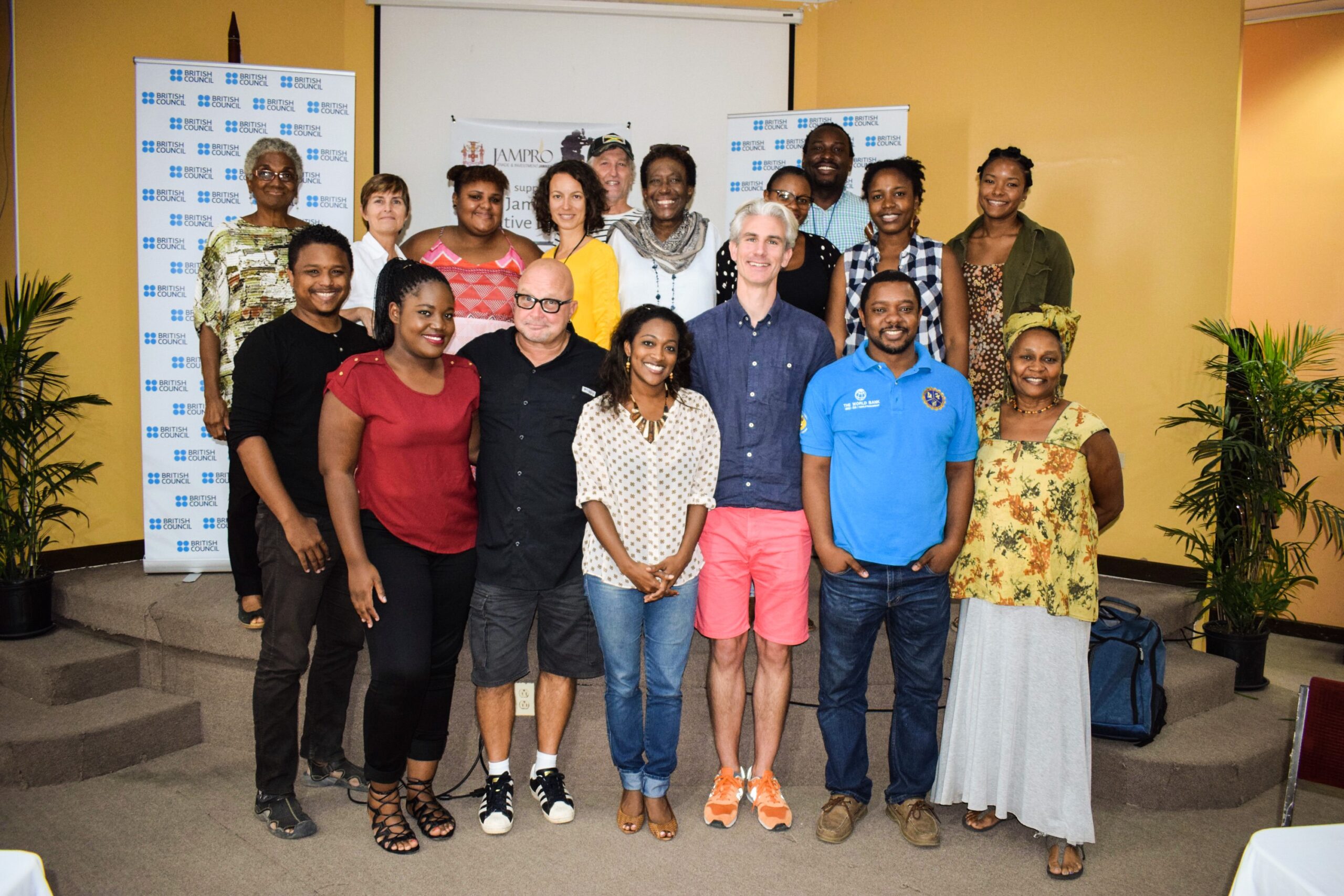 The British Council, JAMPRO and JAFTA are taking screenwriters to the next level in “Making Development Work II”.  This capacity building film workshop was launched in March of this year and is delivered by international film consultant Ludo Smolski.  15 selected film professionals participated in 3 days of activities, from September 28-30, 2017 to encourage the development of successful Jamaican film projects.

Ludo Smolski, who is also a tutor for the UK’s National Film and Television School’s Postgraduate Diploma in Script Development, focused on the role of story editors, and how they collaborate with screenwriters and producers. He worked with the filmmakers to review scripts, and improve pitching and marketing of scripts and finished projects. The goal of the British Council, JAMPRO and JAFTA partnership, is to develop a long-term programme with local filmmakers to strengthen their skills in film production.

Supporting the program’s emphasis on script development, Jamaica’s Film Commissioner, Renee Robinson, said that JAMPRO was focusing on empowering local filmmakers to envision, execute and promote a film project. Ms. Robinson said, “One of the most crucial components of the way this intensive programme was designed, is to bring together the writer, the editor, and the producer to better understand their individual roles within the development process. By including all three at this stage, the script is stronger and therefore generates a greater production and commercial potential. A key skills gap that we experience in Jamaica is with script editing, and if we are to produce our own intellectual property to be at a globally competitive standard – then this is an important building block that the industry must pursue. This intensive program has outputted five trained local script editors this year, and we hope to continue this program annually with our partners at the British Council and JAFTA.”

The Jamaica Film Commission’s purpose is to build global relationships and realize business opportunities for the Jamaican film industry through facilitation of activities that increase investment, export and employment.