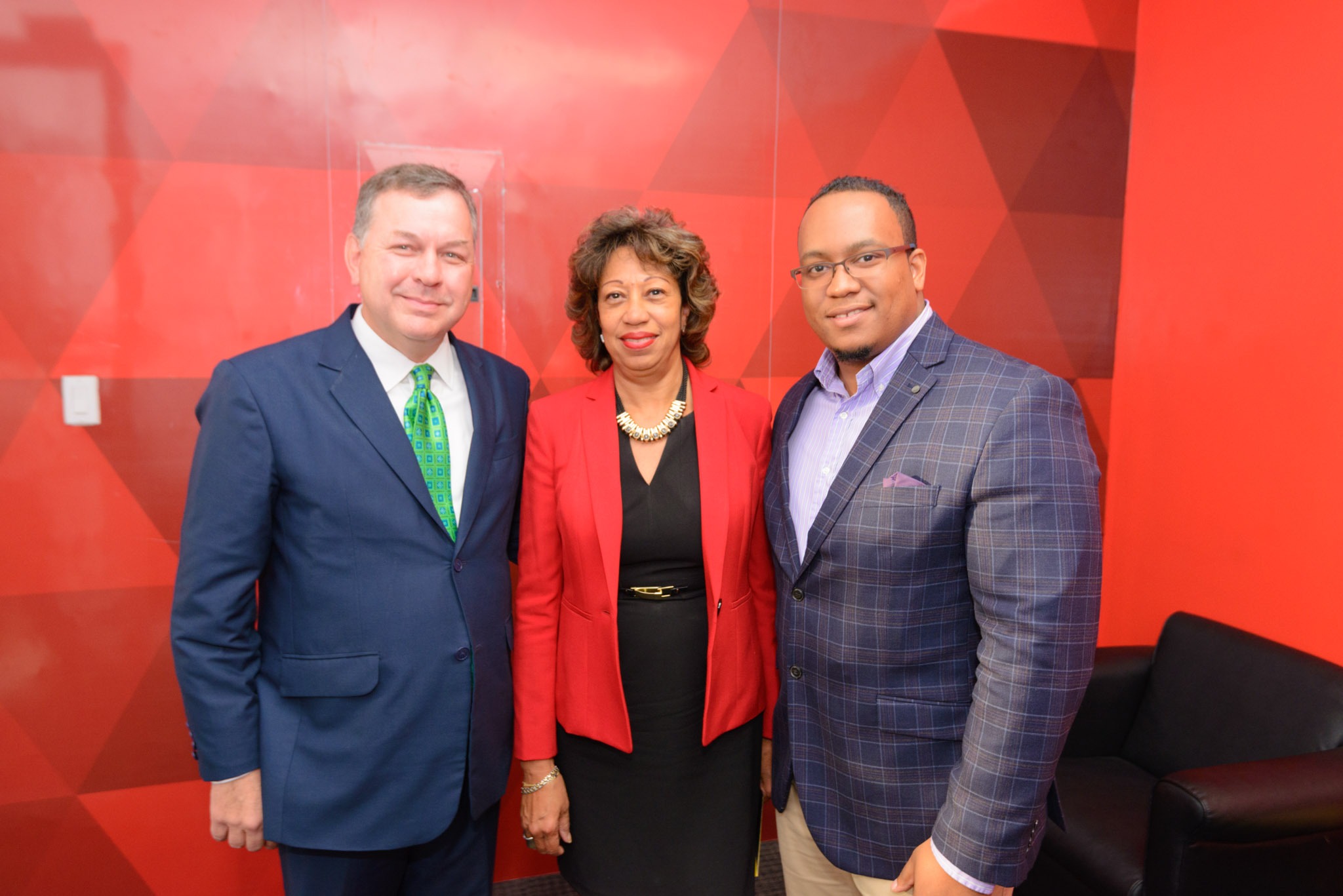 Like many investors, IBEX CEO Bob Dechant’s journey to doing business with Jamaica started as a tourist in 2008, when he made trips to Tryall Club in Hanover to escape the cold winter months in Boston.  Dechant said, “It was beautiful weather, and fantastic people, but most importantly it was only a 3 ½ hour flight. During those vacations I began to understand the potential that Jamaica had in the call centre space, which is where I spent most of my life.”

As he took his numerous trips to Jamaica over the years, Bob saw that Jamaica’s location and talent would be ideal for a large Business Process Outsourcing (BPO) service centre that could cater to thousands of clients globally.  The country’s location, skilled population and welcoming energy encouraged Dechant to consider Jamaica for a future location for a service centre, “In 2011, I began to start envisioning creating a large BPO business here,” he explained, “An alternative to the Philippines for high scale, superior customer service and customer care.”

Dechant’s vision was closer than he thought. After 25 years of leadership in strategic sales, marketing, and client management with companies like IBM, Convergys and 3Com Corporation, in 2015, he was named CEO of IBEX Global, a BPO company that focused on developing its agents and considered itself a service disrupter in the world of BPO.

With the opportunity present, he started to work on creating the IBEX Global Jamaica reality, “In June 2015, I became CEO Of IBEX and immediately we began to build a Nearshore strategy. There were two distinct markets, number one was Nicaragua, number two was Jamaica, an ideal location to compliment the Philippines,” he said.

According to Dechant, Jamaica was an easy sell for the service centre, and clients lined up before IBEX started operations,  “Here are the facts, this is the third largest English speaking population in the Western hemisphere,” the IBEX CEO said,  “[there are] many very skilled people looking for opportunities to start their career, a supportive government for business and job creation, a very reliable telecommunications structure, competitive wages and safe and easy travel.”

IBEX was able to easily appeal to clients, including Fortune 10 companies, because of Jamaica’s attractiveness in the BPO sector, “This market is very easy for us to sell into, and that means growth, in 2015 we were able to secure not one- but two clients to come here before we even had an operation. That’s unheard of in this industry.”

The indicators were clear, IBEX Global Jamaica was destined for success. Through the help of a local partner, the company opened the centre, and got started immediately at the Countryside campus in Kingston.

But IBEX would soon discover that the current campus would not be able to hold the company’s achievements, and it was clear that expansion was needed in 2016 to meet the demand. Dechant described the lightbulb moment by saying, “The success we had here was faster than we ever envisioned, the dams had broke from the call volume and growth that they projected. We said, wow, this is well beyond the means of what Countryside could offer,”

The company went on to contact JAMPRO to facilitate the establishment of its own service centre. Through the Agency, IBEX looked at many locations that could accommodate 700 seats and provide over 1,000 jobs. The team eventually decided to pick a location in Portmore, which is one of Jamaica’s ideal locations for young, skilled talent.

“When we looked at it, 70% of the agents we had were in Portmore, the stars aligning perfectly,” Dechant said. When all was finalised, the service centre was launched with much fanfare in October 2016.

Mr. Dechant said the launch was a success, and that IBEX was confident that the centre would be great to operate not just for today but also for many years to come. He commended the work of the Jamaican partners to get the project in operation, saying, “The speed of the contractors to get the facility operating was amazing, the cooperation with Government, especially Minister Vaz, and JAMPRO helped us to get free zone status quickly.”

IBEX Jamaica is now performing at what Bob calls, “top quartile performance”, and is outperforming centres in the United States, Philippines, India and many other markets. According the Dechant, none of this would be possible without the Jamaican team.

“The trust and belief in IBEX by our agents and Jamaican management team was second to none and it was humbling and inspiring to have that trust at an agent level in this business,” he said, “The IBEX Brand is becoming a great brand. We strive to be the best place for people to work; we have a culture that is committed to our agents. Everything we do is around that to make their jobs easier and to get their career started.”

As IBEX continues to experience success, there are questions about what the company hopes to accomplish in Jamaica in the future. At the launch of the Portmore service centre, Dechant gave an overview of his vision for the IBEX Jamaica team.

The vision, for him, is grand, and is surely great news for the future of the Jamaican economy.  He described his vision by saying, “This is our first centre in Jamaica, I don’t believe it‘s going to be the last. I see us having ability to grow in Portmore, I want to bring jobs back into Kingston, and also Montego Bay. Also in the secondary markets, such as Mandeville and May Pen, I believe that we can create that. My vision is 5,000 Agents. “

From his perspective, Jamaica’s service centre has all that it takes to keep growing above expectations and attracting clients to do business in Jamaica. The equation is simple; an ideal location with excellent talent equals great success, “The most important factor was the quality of the people throughout the island who were exceptional. Their education level, their friendly smiles and their can do attitude and passion for success,” says Dechant, “With the challenging climate in much of the world, close, safe and exceptional resonates very well to our clients.”