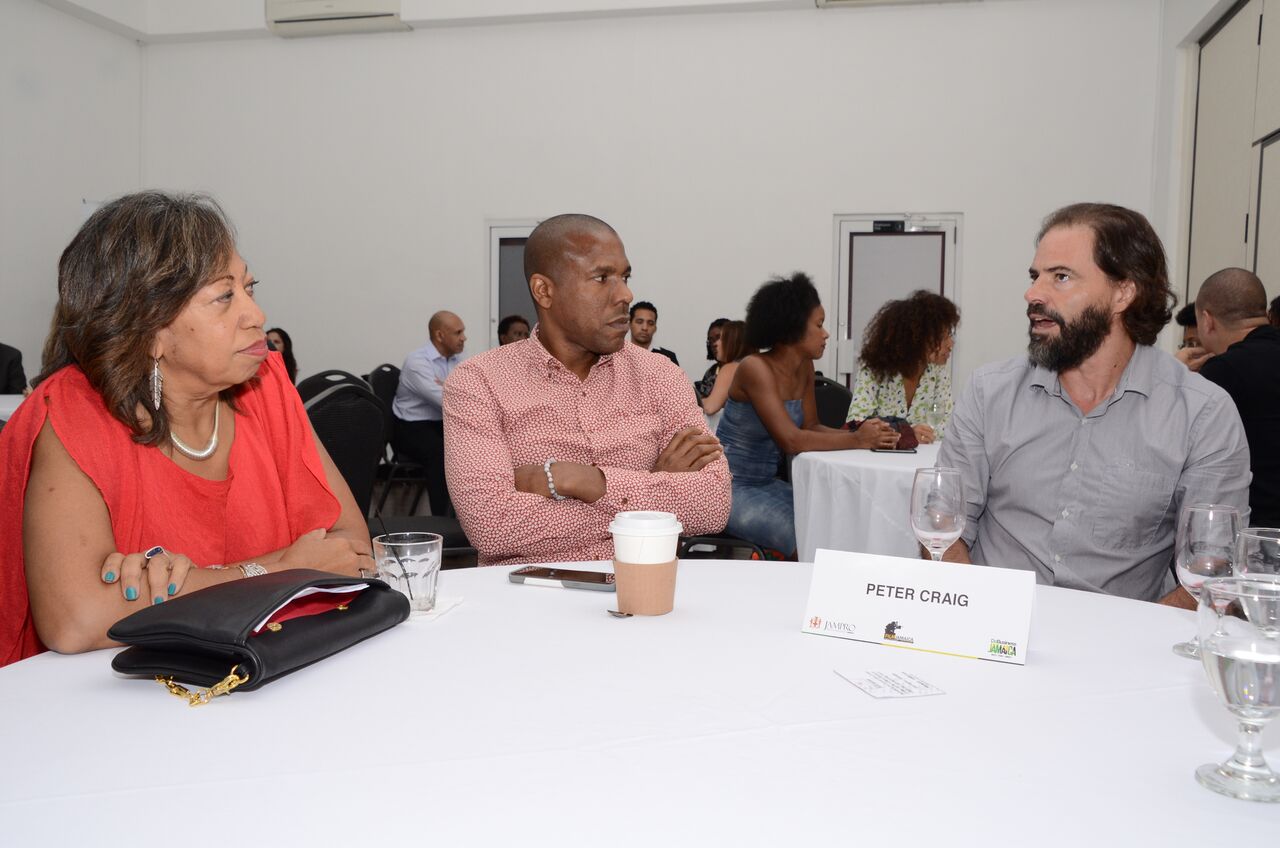 The roundtable was to facilitate knowledge exchange between Hollywood experts and local financiers, who JAMPRO is encouraging to become more engaged with financing Jamaican films and the production and distribution processes.

It also featured 7 film industry mentors who are in Jamaica as part of ScreenCraft’s partnership with the Calabash International Literary Festival. The mentors, Screenwriter, Peter Craig; Literary Manager, Hannah Ozer; CREED Screenwriter, Aaron Covington; VP of Production at Sony Pictures Entertainment, Eric Fineman; Die Hard and 48 HRS Screenwriter, Steven de Souza; The Weinstein Company Creative Executive, Vanessa Ford; and award-winning director and screenwriter, Emily Dell, all spoke to local investors about the importance of supporting the development of Jamaica’s film industry. The mentors also shared their knowledge of the international film industry and the business side of film.

Film Commissioner, Renee Robinson, noted that the initiative was part of JAMPRO’s strategy to increase local funding opportunities for Jamaican filmmakers, and to create awareness on what is necessary for Jamaica’s film industry to grow sustainably. Ms. Robinson said, “The Film Commission has since last year embarked on a mission to sensitize and build relationships with local financiers and boutique investors through a variety of activations. We aim to cultivate a greater understanding of the monetization models enjoyed by international film financiers.  This activity is a further touch point in galvanizing this knowledge exchange.”

The Jamaica Film Commission’s purpose is to create business opportunities for the Jamaican film industry through activities that increase investment, export, and employment.