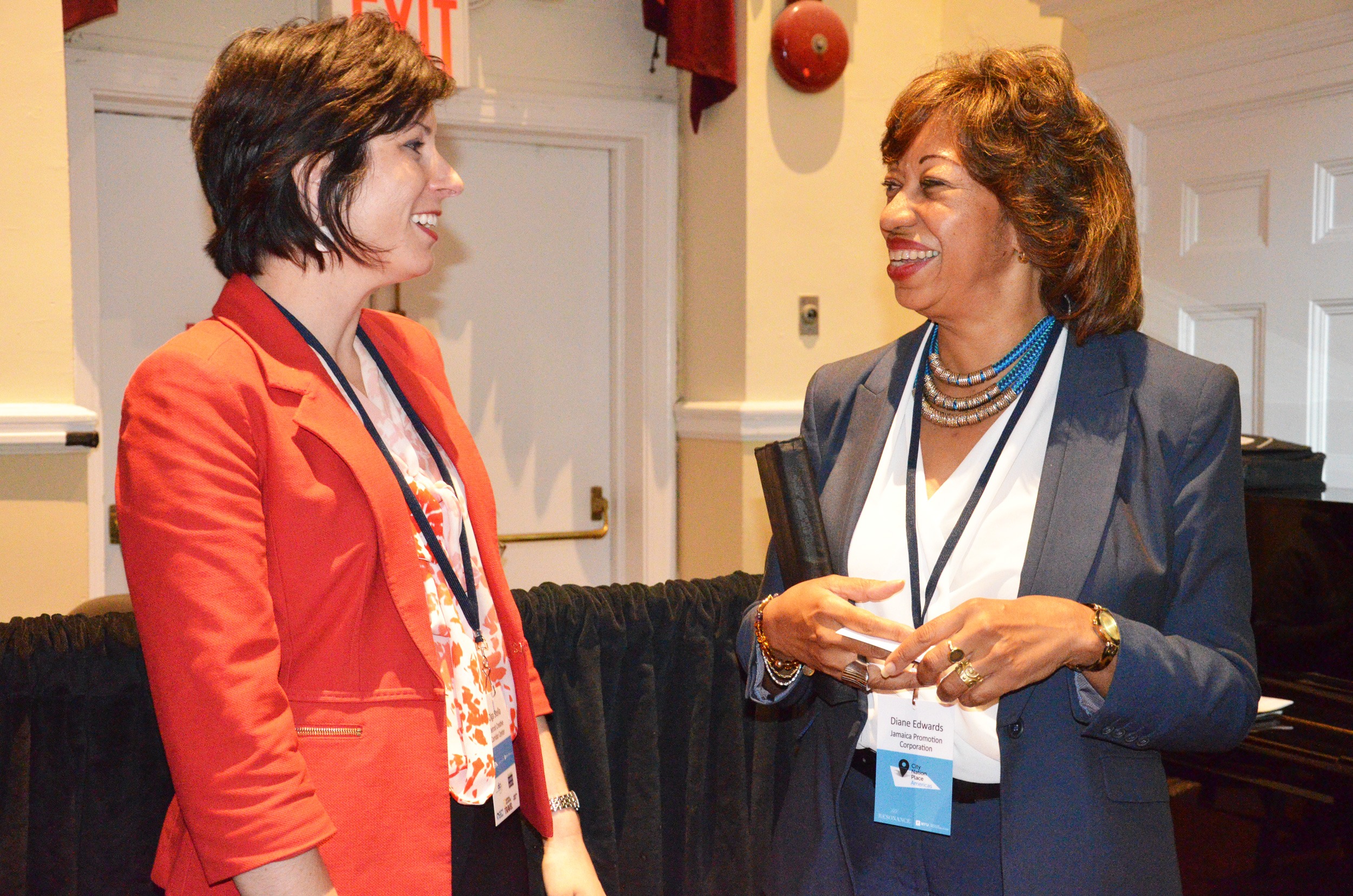 Diane Edwards, President of JAMPRO and fellow presenter Olga Stella, Executive Director of Detroit Creative Corridor,  speak after Ms. Edwards presented to City Nation Place Americas, an international place branding conference focusing on the branding of countries and cities for tourism and economic development.
Ms. Edwards represented Jamaica , and presented the country’s leading sectors to the conference on Thursday, June 15, 2017.  Ms. Edwards noted that Jamaica was utilising the success of sectors such as the Creative Industries, BPO, and Tourism to further its economic development, and promote the country’s prominence internationally. She explained that Jamaica was making a serious effort to improve its business brand to further attract investment into the country and increase prospects for local businesses. Jamaica’s strong popularity internationally, especially in the areas of music and sports was noted in the Conference’s opening session.
Share
﻿
0
x
This website uses cookies to give you the best possible experience. By continuing to use the site you agree that we can save cookies on your device. For more information, please read our privacy policy.