Jamaica is Number One!

Jamaica is Number One! 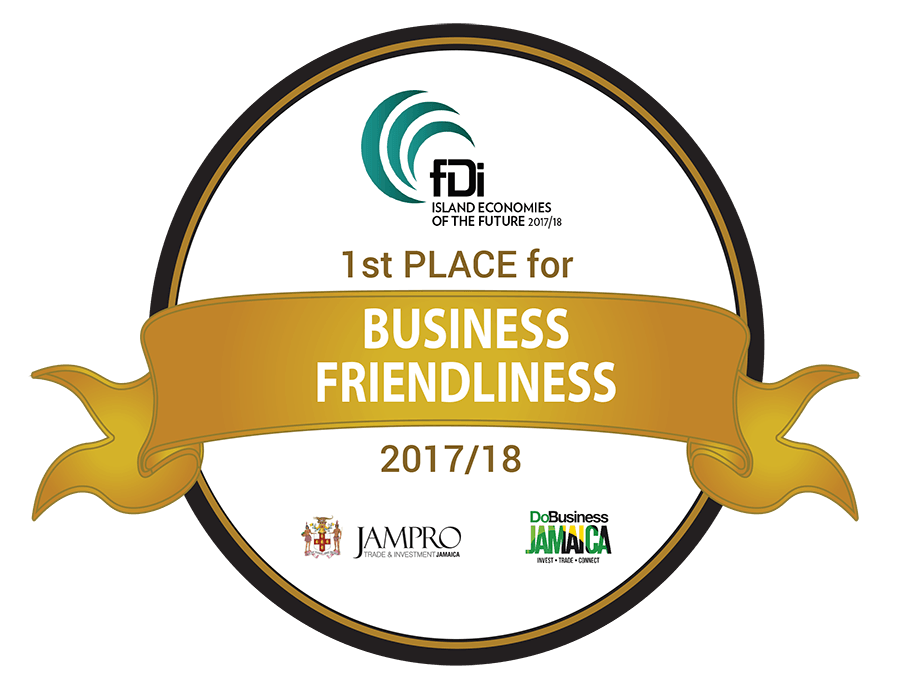 In its “Island Economies of the Future” report released on June 12, 2017, Financial Times’ investment publication fDi Intelligence has recognized Jamaica as the top performing island economy globally in business friendliness, and top ten in connectivity, human capital and lifestyle. Site Selection Magazine also acknowledged the country last month in its Global Best to Invest, Caribbean & Latin American Rankings, where Jamaica placed top ten in total number of investment projects in the LAC region.
The achievements come after UNCTAD ranked Jamaica as the leading host economy in the English-speaking Caribbean and Small Island Developing States (SIDS) group in its World Investment Report (WIR) released last week, signaling the country’s improving prospects for attracting investments and growing economic profile internationally. fDi intelligence noted BPO, tourism, agriculture and logistics as Jamaica’s strongest sectors, and said that the country’s government is working to expand the road and highway network, which is critical to attracting high value investments and improving Jamaica’s overall economic performance.
Share
﻿
0
x
This website uses cookies to give you the best possible experience. By continuing to use the site you agree that we can save cookies on your device. For more information, please read our privacy policy.