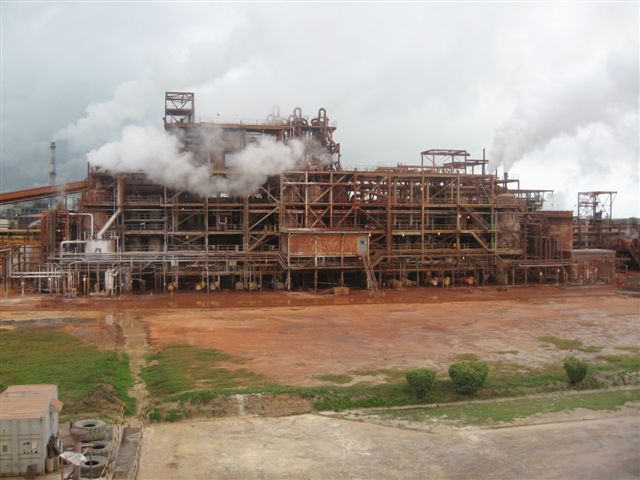 JAMPRO client JISCO is reporting a smooth progression to restarting the export of alumina via the ALPART plant in St. Elizabeth. JISCO aims to invest minimum US$1B into Jamaica’s economy to bring at least 1500 jobs to the country by 2020.

JISCO currently employs 129 Jamaican workers and will be employing an additional 236 local technicians to support the Chinese group currently renovating the plant. JISCO looks to fully restart operations by July 2017, and will restart mining by as early as April this year. The company estimates that its first export will be delivered by September 2017.

JISCO plans to invest not only in mining, but to eventually expand to an assembly plant that would manufacture exports to CARICOM and Latin America. Due to Jamaica’s strategic location, the company theorizes that the country will provide an ideal location to manufacture small and large electronic appliances, as well as steel and cement. The organization said that if all of its plans are realized, the company will employ over 3000 Jamaicans in mining and manufacturing.

Sun Jing, JISCO’s ALPART Assistant MD, described the company as optimistic about its projected plans to reinvigorate Jamaica’s mining and manufacturing industries. He said the company was pleased with Jamaica’s support and the Government’s facilitation of the investment, “We have received full support from JAMPRO, Minister Mike Henry and former Minister Phillip Paulwell and  all the government stakeholders. We are pleased so far with the work that the government team is doing for us and we look forward to their continued high level support,” He said.

According to PwC’s Mine 2016, the top 40 mining companies globally generated a total of US$539 billion dollars in 2015, a decline from the previous year. Claude Duncan, Vice President of Investment Promotion at JAMPRO, said that due to the global decline, the Agency’s strategy is to develop Jamaica’s mining industry by attracting investors who are interested in doing multi-phased projects instead of those only focused on mining.

The result has been positive, bringing companies like JISCO to Jamaica,  “In the face of a global decline in mining, Jamaica has received a major investment and interest to reinvigorate our mining industry. This tells us that while investments in mining have declined globally, Jamaica is still in demand and the opportunity is there to capitalize on our growing logistics ability, our strategic location and our skilled population,” Duncan said.

He added that JAMPRO was focused on bringing different types of investments to staple sectors to increase Jamaica’s overall economic growth. He explained, “Jamaica’s economy must be diverse enough to withstand outward shocks. We will achieve this by diversifying our exports and investments, and that is what JAMPRO is focusing on in our 3-year strategy. Jamaica is traditionally known for mining Bauxite, but Limestone is also a great opportunity for investors who want the raw material as well those who want to use limestone to make value-added products. From our perspective, this is an industry with great potential and we will be doing everything in our power to get these investments and support the Government’s goal to diversify our mining sector.”

JAMPRO is an Agency of the Ministry of Economic Growth and Job Creation.