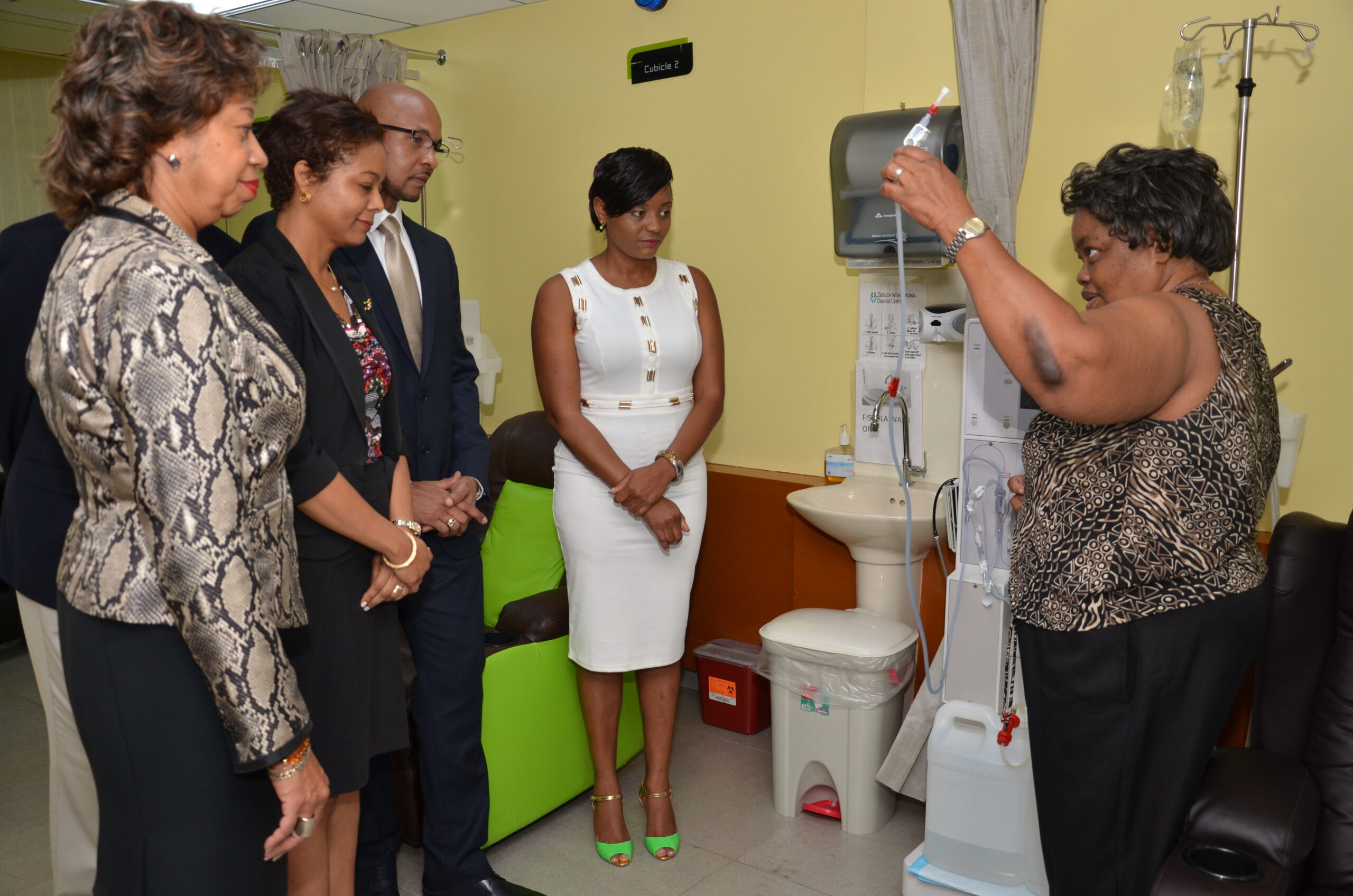 Zierlich International Dialysis Centre officially launched its investment into Jamaica’s healthcare industry on February 2, 2017 at the GWest Medical Complex in Montego Bay. The Centre, facilitated by Jamaica’s trade and investment promotions agency, JAMPRO, will be providing dialysis care for Jamaican and transient clients to support the second city’s healthcare sector.

The Zierlich project is pioneered by second generation members of the Jamaican Diaspora, Mr. Andre Nelson and Ms. Dainty Powell, who met with JAMPRO at the Agency’s 2012 Diaspora Investment Seminar in London. Nelson and Powell expressed their desire to establish a dialysis treatment facility in Jamaica. With the support of JAMPRO they developed a business plan, and moved on to commencing operations in June 2016.

Now launched, the centre’s key focus is to promote Health and Tourism in the Caribbean by providing a proactive service for early detection of Chronic Kidney Disease and on-going support for patients living with the condition. Zierlich aims to be the best in class dialysis provider in the Caribbean by providing a truly international service, and is partnering with other healthcare service providers at GWest to give clients a holistic health experience.

Andre Nelson said, “The interest we have had with this initiative has been phenomenal and I’m positive that this will allow direct engagement with other dialysis providers in the Caribbean to support our cause and become partners.”

“The feedback is that Zierlich is currently the best dialysis centre in Jamaica. JAMPRO has played a major role with us gaining accreditation and engagement from Minister of Tourism, the Honourable Edmund Bartlett, while in the UK which then led him to visit the Zierlich HQ in Jamaica in November.” Nelson continued.

As Jamaica advances the development of a burgeoning medical tourism sector, JAMPRO President Diane Edwards said the Agency was keen on attracting more investments into the health care sector to increase innovation and services for Jamaican and international patients.

With regard to the Agency’s plans for the sector, Edwards said, “JAMPRO sees great interest from our Diaspora as well as other investors in medical tourism due to the revenue that can be generated from a full chain of services, from lifestyle to health care. This investment is just one of the many projects to be finalised in the near future that will be redefining how we see medical tourism in Jamaica. We want to put Jamaica in a position to give diasporans the assurance that they can retire here without healthcare worries.”

Medical tourism first piqued JAMPRO’s interest in the 1990’s as the globalization of health care, improving medical technology and demand for cheaper services made it a fast growing international sector with high rates of consumption. The Government of Jamaica capitalized on consumption trends, by leveraging the already thriving tourism industry to attract visitors to use local medical services. Jamaica has subsequently been ranked by the 2014 Medical Tourism Index, as the second most attractive Medical Tourism destination.

Jamaica’s potential as a medical tourism destination is steadily evolving and JAMPRO is mandated to promote foreign direct investment for Jamaica’s health and wellness tourism offering.  The Zierlich initiative adds to the list investments in the medical industry in Jamaica contributing over JM$25 million to JAMPRO’s capital expenditure (CAPEX) for the 2016/2017 fiscal year.