Put Your Money in Renewable Energy!

Put Your Money in Renewable Energy! 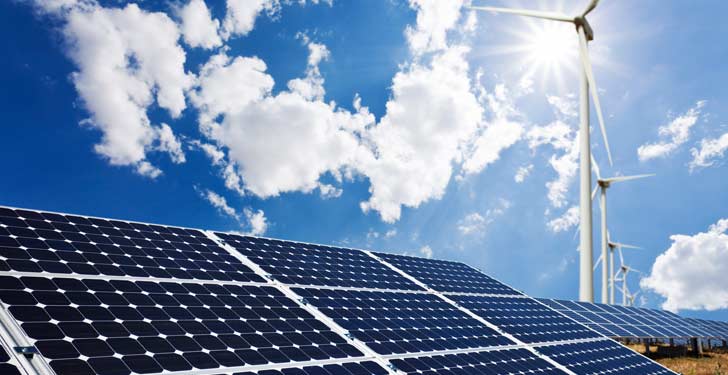 Jamaica is ripe for investment in renewable energy. An area, in my estimation that took long to get energised locally, now of understandable interest if it’s even for the fact that the country only possesses one national electricity provider.

Add that to, the country is located in the tropics. There’s an abundance of sunshine. Plus, dozens of rivers, streams and wells. The sun shineth and it’s the land of wood and water. Put the wood aside and concentrate on the sun, water and other natural resources such as wind, rain, the sea, as well as, biofuels.

Yet Jamaica’s energy system is highly dependent on imported fossil fuels, petroleum import amasses to over 90 percent of electricity production. The nation’s oil bill is approximately US$2 billion annually, representing some 19 percent of Gross Domestic Product (GDP). The Government spends about $1.2 billion monthly on electricity for its ministries and agencies.

The time has come for that to change. Energy security built on all sources – not primarily dependent on oil – is the new paradigm. There needs to be an energy system that is environmentally sound and affordable for every Jamaican.
The Government agrees. The aim is to increase renewable power generation to more than 20 percent by 2030 and reduce the importation of oil. The National Energy Policy 2009-2030 also supports the use of domestic sources of renewable energy which may include but not limited to; solar, wind, hydro, biomass/biofuel and waste to energy solutions.

The Ministry of Science, Energy and Technology is also on the hunt for renewable energy investors – whether small or large, locally or internationally. The Government will soon be advertising Requests for Proposals (RFPs) for the supply of an additional 100 megawatt of renewable energy.

Energy Minister, Dr. the Hon. Andrew Wheatley, during his contribution to the 2016/17 Sectoral Debate in June, said the RFPs will be invited and The Government will also seek an additional 50 megawatt in a separate waste-to-energy request for proposal.

These RFPs in renewable energy will follow the Office of Utilities Regulation successful issuance of RFPs a few years ago to identify interested entities to submit proposals for the supply of one or more plants of varying configurations greater than 100kW and up to 115MW of renewable energy.

Another investment opportunity is the Net Billing Policy. This allows Jamaicans to generate renewable sources of energy by which the excess may be sold to the sole national electricity provider. A number of householders and businesses have grasped this opportunity – some by installing solar panels – are now experiencing lower electricity costs while selling energy to the national grid.

During 2016 approximately US$200 million was invested in various renewable energy initiatives. That investment included the US$45 million expansion of the Wigton Windfarm in Manchester. The expansion of Wigton consists of a new 24 megawatt generating plant. This plant will increase renewable energy input to the grid by two per cent. The Wigton Windfarm is the largest wind energy facility in the English-speaking Caribbean, providing more than 100 million kilowatt hours of electricity to the grid on an annual basis.

On the private sector side, the United States-based Blue Mountain Renewables (BMR) has invested in a 36.3 megawatt Wind Farm in Potsdam, St. Elizabeth. BMR is an investment of nearly $11 billion and supply energy to the national grid.

There’s also a US$47 million financing agreement with WRB Enterprises and the Overseas Private Investment Corporation – OPIC – for the development of a 20 megawatt solar plant in York Town, Clarendon. Six rivers across the country will also be plugged-into for hydropower to generate some 26 megawatt of energy. That’s tapping into wind, solar and hydro!