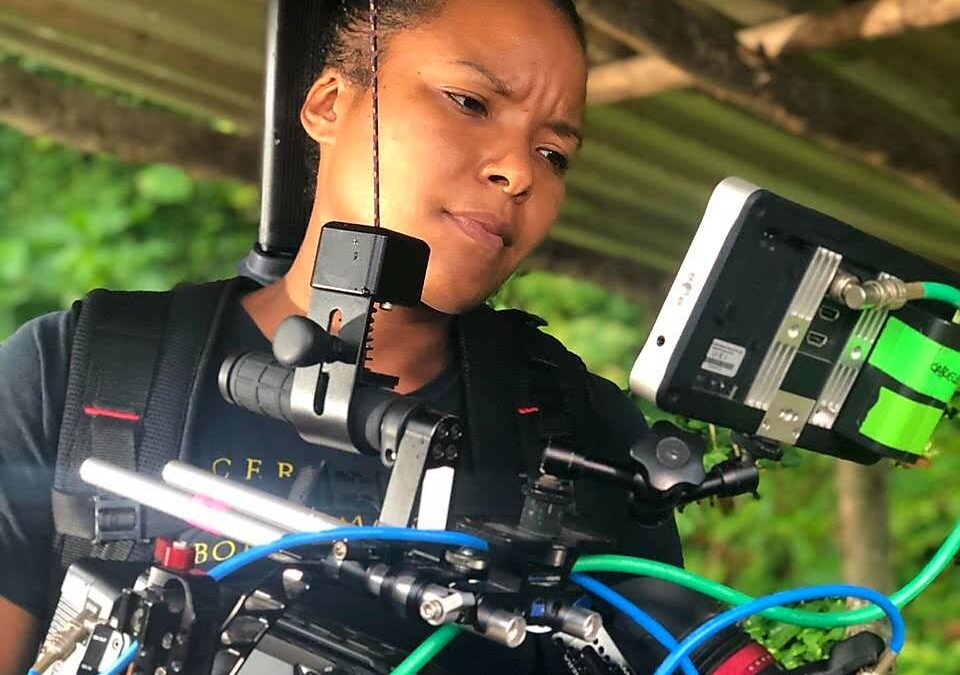 Gabriella Blackwood, Director of the Best Documentary, Short in the 2020 Trinidad and Tobago Film Festival (TTFF).

For the past 100 years Jamaican filmmakers have been utilizing their talents and finding their footing in the billion-dollar global industry.

Film remains a burgeoning element of our creative expressions, and the nation continues to receive global recognition thanks to our talented film professionals.

Jamaica has not only been the prime shot location for productions such as the internationally awarded Sprinter – produced by international Actors Will and Jada Smith; King of the Dancehall – produced by Nick Cannon and some of the iconic James Bond movies; but it has also been an ideal location for talented Actors, Producers, Writers, Directors and Cinematographers.

“We have people like Kia Moses – Writer/ Director and Andre McDonald for the short film, Flight, that came out of the JAMPRO and JAFTA’s Propella Programme and was featured on HBO. We have Shantol Jackson who was in Yardie and Sprinter; Dale Elliott, the star of Sprinter, Everaldo Creary who has been in a number of productions, Sheldon Shepherd and Kimberly Patterson and the list continues” expressed Senior Consultant for Film, Animation and Music at JAMPRO, Tristan Alleyne.

The pool of talent that exists within our shores extends the gamut, but one of the many individuals worthy of note is Award Winning Cinematographer and Director extraordinaire, Gabrielle Blackwood.

This trailblazer’s journey started from as early as 8 years old when she relished reading, writing short stories and recreating productions with her neighbors, siblings and Barbie dolls, and now she is a powerhouse; awarded internationally for her inventiveness.

“I used to go to the theatre a lot to pantomimes and plays and every year for my parents’ wedding anniversary I would put on a mini production and get all my neighbours and friends together. I would write the script and we would act it out the whole thing… I was inspired by Barbara Gloudon (Playwright) and I watched the opening ceremony of the Olympics and would try to recreate that,” Blackwood said.

Blackwood had no idea that the field events she produced, that left a dent on her parents’ lawn, would later pave the way for her success in film, but these escapades laid the foundation.

“I went to school thinking that I wanted to be a teacher … It wasn’t until one day I went to the Principal’s office at Campion College and I picked up a career choice magazine that I learnt about Cinematography,” she said.

At the time there were no film schools or film programmes, so Blackwood applied for the Multimedia production programme being offered at the Caribbean School of Media and Communication (CARIMAC) at the University of the West Indies, Mona and successfully completed her first degree.

As the youngest candidate and first to ever receive a grant for her field of study, Blackwood later secured a CARCICOM scholarship to pursue a master’s degree in Auckland, New Zealand.

“It was a good experience and huge learning curve in terms of culture… It was almost seen as, because I came from a small island, that academically I had a small island mentality, which obviously was not the case…in the end I graduated the top of my class…” she said.

Blackwood has always been patriotic, and she used her expertise to promote Brand Jamaica at every opportunity; creating films that spoke the truest language of the culture.

Upon her return from New Zealand, Blackwood began creating opportunities for herself by directing, however, the growing film industry and the disparity between the young and old film makers made it difficult for her to reach her ideal.

“I would get one off commercial jobs and music videos and there was a period of drought…I shied away from Director of Photography (DP) jobs, but because of the period of drought I decided to get my camera and start shooting and if I didn’t do that I wouldn’t be where I am now,” she said.

A female DP was new to the landscape and Blackwood was casually misjudged as the producer, talent or production assistant on several sets.

“My turning point was in 2015 when I did a feature documentary on my mom’s friend’s husband who had ALS disease (Amyotrophic Lateral Sclerosis). It was through his story that people started paying more attention to my work and the influence of social media, particularly Instagram, brought several other projects,” she said.

Fast forward to present day, dozens of awards later and films too numerous to mention.

The film makers most recent win is from the Trinidad and Tobago Film Festival 2020 for Best Documentary Short film for her film Unbroken.

The short film is about a Jamaican amputee, Laron Williamson who lost his leg in a freak accident and decided to later try out rowing for the Paralympic games. The story highlights how Williamson defied the odds to qualify for the country’s Olympic team.

Blackwood said her films are about sharing stories that are relatable and align with her values and ideals for her life.

“We have created a number of programmes with the British Council and with JAFTA such as the Propella Programme for short film development and the Film Lab for Feature film development…There is a ground full of talent and I think the challenge with not being able to see that on a more consistent basis is the financing… Which is why we have cultivated a group of investors who are interested in meeting with these creatives and supporting local productions that are commercially viable and investment ready to take to market,” Alleyne said. (Click here to submit your project for investment promotion).

Fully cognisant of the need to have a consistent line-up of high-quality film projects about Jamaican stories, Blackwood’s next big production is Kendal – a film of the biggest train crash to ever happen in Jamaica.

“The magnitude of the lives lost, and the injuries is a big deal. We see films like Titanic, but we need to see our films and our stories… We do have a lot of stories to tell and I am happy we are in that space where we are getting to tell them,” she said.

She further added that while short films are great, one of the ways Jamaica will be recognized as an international film base and not just as a location, is to produce more feature length stories and she is keen on doing that.

The film maker is now in the pre-production phases and actively looking for funding for the film Kendal.